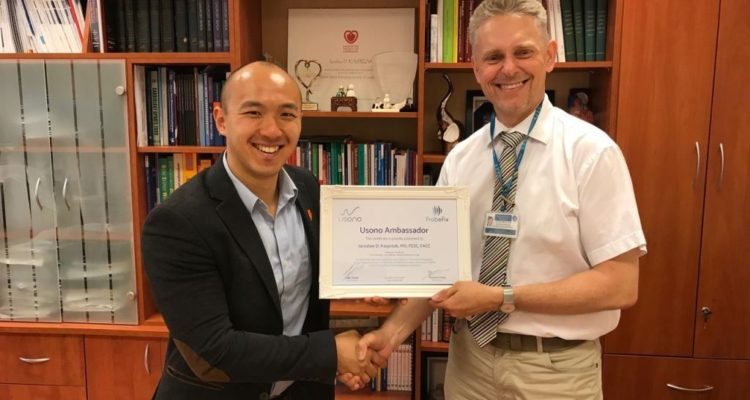 Usono has appointed the first official international Usono Ambassador this week, Professor Jaroslaw Kasprzak in Lodz, Poland. A day later Usono’s CEO Benjamin Tchang also signed an agreement with local distributor MDS Cardio for ProbeFix sales in Poland. “It is fantastic to enter the Polish market and work with one of the top authors in the field of stress echo and use his European network” says Tchang from Warsaw. In the meantime, COO Victor Donker is working on the first steps for expansion in Germany. Katholisches Krankenhaus Hagen is the first customer there. Usono now does direct sales in Germany but also has conversations with distribution and clinical validation / research parties to enter the largest market in Europe.

From Oslo to Sydney

Usono is, together with their first distributor Mermaid Medical, still actively working on sales in 9 countries in Europe. The ProbeFix was recently purchased by the University Hospital in Oslo, Ulleväl. Mermaid is in talks with several hospitals in, for example, Spain, Sweden and the UK. In these countries, the ProbeFix is ​​used to monitor the heart of patients hands-free while walking/running on a treadmill, something that is never done in the Netherlands.

Anaeron, the representative for Australia and New Zealand, presented the ProbeFix the end of May in Sydney during the Australian Sonographers Association. “Here the first reactions were very good as well, we expect a lot from Australia. Unexpected new possibilities come along, such as creating dynamic echoes during a freefall in a ski tube on Antarctica” says co-founder Victor Donker. “From Australia there is also a lot of demand for the ProbeFix Dynamic, the variant for monitoring muscles in motion.” Usono expects this version to be brought to market CE marked within a few months, a research version is since recently in use in Paris.

Usono still cooperates intensively with several hospitals in the Netherlands that have purchased the product and use it for study purposes or in daily practice. For example, the reactions from Deventer are very positive. “I do not have to push anymore. With this patient I had had too much trouble with my shoulder without ProbeFix, now it’s acceptable” says a sonographer in the Deventer Hospital. Together with the Catharina Hospital they do a study to show that RSI complaints in the shoulder and arm are reduced because the ProbeFix keeps the probe on the spot and you have one hand free. The ProbeFix is ​​also well received at the UMC Utrecht, where several cardiologists published a study on usability. Benjamin Tchang: “It is very important to us that a leading hospital such as UMCU scientifically demonstrates that our product is useful and valuable during a stress echo procedure”. 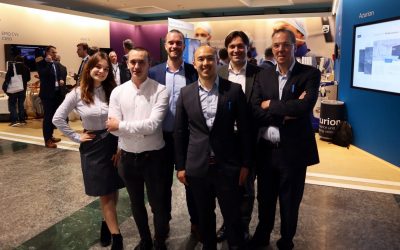 The latest knowledge exchanged during the German Cardiology Congress 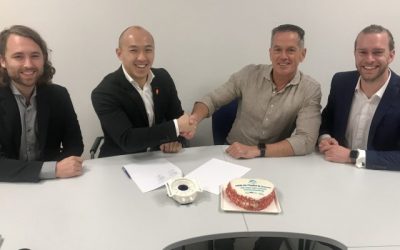 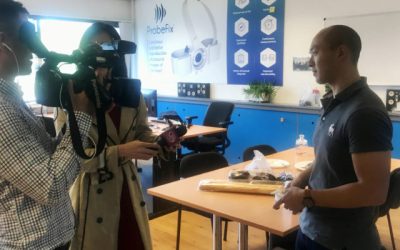 Interested in seeing all the features in our products? Request a free demo and our team will get in touch with you

Open chat
Questions about the Probefix (Dynamic)? Or do you want to request a demo? Simply get in touch with us through WhatsApp